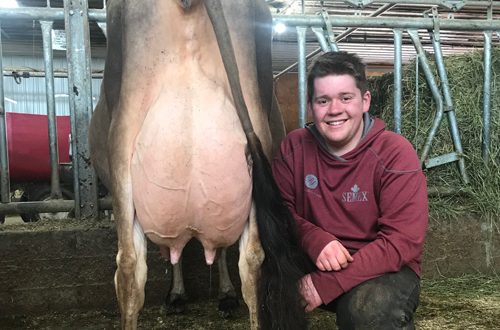 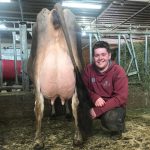 Lee Morey owns and operates Unique Valleystream Genetics alongside his parents Dave & Tracy and sister,Casey. The herd is Canada’s largest purebred Jersey herd and shows top end genetics across Canada and the United States. A 12 year 4-H member, Lee always enjoyed working with cattle, showing and ﬁtting. He was a member of the Alberta WCC team for 10 years, being competitive across the board and winning the clipping competition 6 times. In his ﬁ nal year Lee was the recipient of the European Young Breeders Trip and is looking forward to representing Canada and WCC next week in Belgium. Lee has ﬁ tted cattle across North America and the world and now saves his clipping talents for the Unique show string! He is looking forwarding to working alongside Chad Crest to evaluate the clipping competition and wishes all of the participants the best of luck at the Mexican Moo-esta!
Chad Crest – Associate Clipping Judge

Chad Crest, a fourth generation dairy farmer,  farms with parents Robert and Sue Crest and sister Katelyn at Skycrest Holsteins near Athabasca, Alberta.  Skycrest operates a 66 head Tie-Stall operation. The herd consists of 29 EX, 47 VG & 8 GP cows with an RHA of 269-303-267. They have bred All Canadian and All American nominees and numerous All Westerns. They farm 2000 acres of canola, wheat, barley, oats and 500 acres of hay. Chad was an Alberta 4-H and WCC member for 10 years. He has travelled ﬁtting for other breeders in the past, and now focuses on the Skycrest string at shows and working on farm where he is involved in the day to day operations along with mating and bull sales. He is the President of the Country Roads Holstein Club, an Aspiring Judge with Holstein Canada, and has judged the 4-H and Okanagan shows. He is honoured to have received the Andrea Crowe Award of Achievement in 2017.