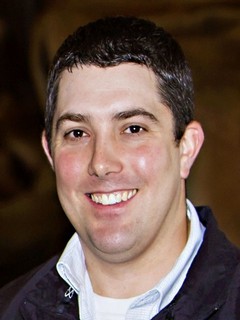 Bobby Jarrell will be the WCC 2018 Showmanship Judge in British Columbia. Bobby with his wife Jennifer and three daughters Charlotte, Sidney and Felicity operate RJ Farms in Corbyville, Ontario along with his parents Robert and April Jarrell under the RJF prefix. The 700 acre farm, consists of 200 head of purebred Jerseys and Holsteins, of which approximately 90 are milking cows. The Master Breeder herd has a classification breakdown of 65 EX, 35 VG and 5 GP with an average score of 88.9. The farm has had many show ring accolades over the years highlighted by being awarded Premier Breeder at the Royal for Jerseys in 2012 & 2013 and Red and White Holsteins in 2008. RJ Farms was also home to the 2013 and 2016 Jersey Canadian Cow of the Year.

Bobby is an official judge with both Jersey and Holstein Canada and officiated many shows across Ontario and Quebec. He has judged multiple County and regional 4-H championship shows including the Britespan 4-H Invitational Show and Eastgen Showcase. He is a Past President of Jersey Ontario and sits on the Jersey Canada Show committee. He also volunteers with 4-H and coaches his daughters in hockey.